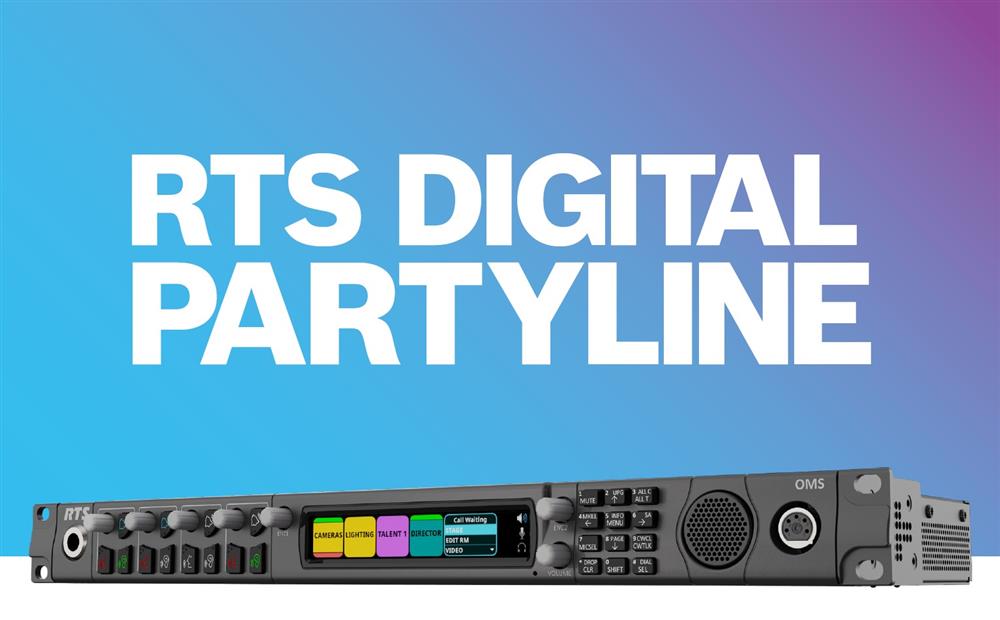 OMS is a communications multi-tool for a wide range of customers, including theaters, houses of worship, broadcast, AV rental, industrial facilities and entertainment/event venues. It is available in five licensed configurations to suit the user’s budget and application requirements: Advanced, Intermediate and Basic digital (each with OMNEO); Analog Plus and Analog (main station options for analog-only partyline systems).

Presented in a compact 1RU enclosure, OMS is a uniquely versatile and cost-effective solution capable of interconnecting both wired/wireless and IP/digital/analog devices. Full TCP/IP connectivity is supported. Whereas current systems on the market offer analog-only, digital-only, proprietary or non-Dante-compatible products, OMS encapsulates the RTS philosophy of bridging all standards and formats.

Software upgrades allow for increased capacity and functionality as needs evolve. Users requiring both analog and digital should upgrade to OMS Intermediate or OMS Advanced

The fully equipped OMS Advanced version allows the user to convert between four different formats: OMNEO, RVON, four-wire AIO and two-wire. Up to 40 OMNEO devices may be connected, including ROAMEO beltpacks (for which OMS can also serve as a standalone base station), up to eight keypanels and up to 16 partylines. OMS Advanced supports four channels of RVON (RTS Voice Over Network) via RTS KP series keypanels, for robust remote networking with other RVON-capable equipment (RVON Trunking not supported).

OMS can therefore provide a path from legacy equipment to the latest technology, allowing users to migrate to the flexibility of an IP infrastructure without the complexity of a matrix system - all while protecting the investment value of their existing analog partyline hardware.