POD: the modular and transportable OB without compromise

POD was born from a new necessity in the field of television production: that of having a versatile mobile unit, with top technological equipment but at the same time compact and transportable by airfreight.
Air transport becomes a fundamental requirement for the production of television events that take place at very long distances from each other and in short times where the use of traditional OB-VANs would be unavailable for logistical reasons and cost issues (e.g. international MotoGP races).
Thanks to Professional Show know-how combined with the field experience of the subsidiary One TV, our research and development team has engineered a transportable system that includes a master control room (MCR) with four important production lines that work simultaneously (e.g. SKY, CANAL PLUS, BT, SERVUS TV in the case of the production of MotoGP). 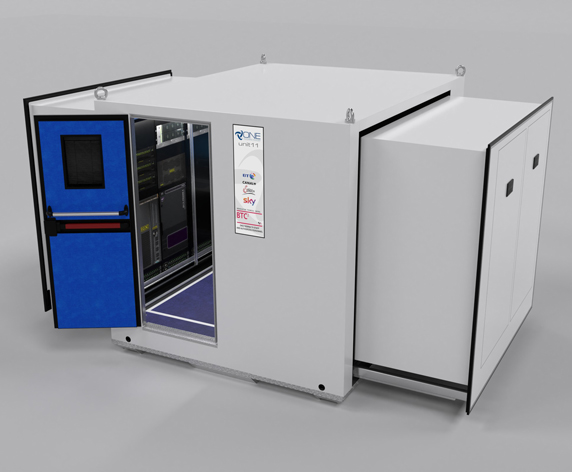 POD is a 4K mobile unit housed in a special expandable shelter that complies with international air transport regulations.
The size of the shelter (POD) is equivalent to two Grand Containers (GC) but with the possibility of further expansion. To keep the weight to a minimum, the structure is made entirely of aluminium and light alloys.
The shelter can also be transported on standard trucks, easily loaded and unloaded with forklifts.

The central system consists of an EVERTZ EQX16 router (576x576) integrated with EMX AUDIO (3036x3036) and 9 VIP 3067 multiviewers (288i/p- 36o/p). The core of the 4 GV KORONA video mixers is the brand new X-FRAME with 9 m/e, capable of processing 192 i/p on 96 o/p 12G.
The audio side is entrusted to 4 LAWO NOVA 73HD DSP Systems with 4 brand new LAWO MC² 56-MKIII consoles. The Intercom matrix to which 58 VOIP panels are connected is a CLEARCOM ECLIPSE-HX-OMEGA.
All system facilities are controlled by VSM.
POD has a high level of preparation for remote production and a redundant system for the complete operation of the Master Control Room.

If the result with regard to the level of technical performance of the system is extremely high, the same can be said of the safety with which the mobile unit can travel, thanks to a very accurate planning of the overall dimensions and installation of the equipment.
The arrangement of the equipment, accessories and supports inside the POD and the dedicated Flight Cases for the four galleries in fact guarantees the safety of the equipment during transport and a remarkable speed and efficiency of assembly on site. 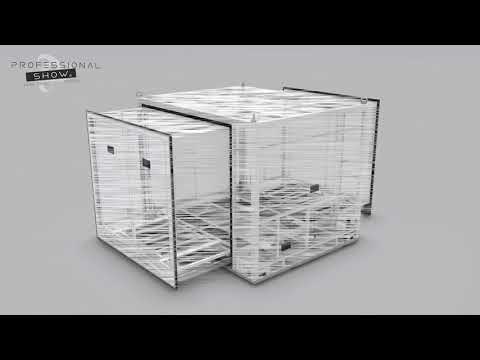